13 Oct 2021, Dhaka
-------------------------
The Asian Infrastructure Investment Bank (AIIB) invested more than half a billion US dollar in the Bangladeshi energy sector over the last five years. However, they haven’t invested a single penny on green and clean energy in this country, which is outright opposite of their commitment to environment and social standard.
A recently released report, “Financing Fossil Fuels Failing Our Future” reveals AIIB’s continuous, controversial investment in fossil fuel in Bangladesh. It reveals that this Beijing- headquartered multilateral development bank has invested over 600 million US dollars in the Bangladeshi energy sector with a staggering y-o-y growth of 23%, none of which contributed to greening Bangladesh’s economy.
Bangladeshi climate groups Bangladesh Working Group on External Debt (BWGED) and Coastal Livelihood and Environmental Action Network (CLEAN), Manilla-based NGO Forum on ADB, Amsterdam-based Recourse and Berlin-based Urgewald jointly published this report at a virtual launching event on Wednesday.
“AIIB shareholders like the UK are pledging to stop funding fossil fuels but keep backing fossil fuel in climate vulnerable Bangladesh through AIIB. Not one of AIIB’s energy investments in Bangladesh supports renewables. This is unacceptable in a time of climate crisis. Time’s up AIIB – finance out of fossils now,” said Petra Kjell, Campaign Manager Recourse.
The report reveals some disturbing facts around the combined cycle power plant in Bhola. The local communities are still awaiting compensation for land acquisition while the operating company NBBL (Nutan Bidyut Bangladesh Ltd.) showed unprecedented irresponsibility as disposal of sand and debris from the construction site blocked a local canal causing flooding of croplands.
“This report reveals a critical reality check. Not a single investment in the energy sector in Bangladesh has been used towards meeting the 'last mile' needs of local communities through decentralized renewables; instead the AIIB's so-called 'infrastructure for tomorrow' has not only wreaked havoc on the livelihoods of local people, but also left a trail of flawed, corrupt or non-existent consultation processes”, said the report co-author Tanya Lee Roberts-Davis.
According to the report, AIIB is a post-Paris agreement multilateral development bank committed to align its finance flow with the objectives of the Paris agreement. In May this year, AIIB amended its Environment and Social Framework (ESF) with an aim to better help its clients make progress on their contributions to the Paris Climate Agreement and achievement of the sustainable development goals. However, this policy apparently doesn't reflect on its practice.
“AIIB is a bank with a dominant Chinese share, and Germany being the biggest non-regional shareholder. Both should combine their promises and translate them into responsibility. They should implement hard rules including strict time-bound information disclosure to stop doing harm to the people and environment”, said Dr. Nora Sausmikat, lead of the China Desk of Urgewald.
The report also pointed out that AIIB is directly facilitating coal power dependency by connecting the coal-fired plants of the Chattogram-Cox's Bazaar area with the national grid through constructing 27-km overhead and underground transmission lines.
“AIIB breaches its own policies for not financing coal through financing transmission lines in the Chattogram zone. It also violated its safeguard policies by not disclosing the project information and giving inadequate compensation. The bank has to compensate the people for its irregularities as there is no court to sue the bank”, said Professor Shamsul Alam, Energy Adviser of the Consumers Association of Bangladesh (CAB).

Certificate of graduation endorsed by the co-organizing institutions; opportunity to join hands-on training and research of BWGED and joining as a member of new Youth Group for Energy and Environmental Movement in Bangladesh.

40 undergraduate and bachelor level students and environmental activists who are aged between: 20-30 years; Want to work on the Energy & Environment; able to participate in 1-hour long 16 sessions in 8 weeks; Capable of submitting written assignments and not involved in any other jobs for 100% time.

3 July 2021 | The NewAge
-----------------------------------
Economists, environmentalists and rights activists in a joint statement on Friday demanded the stoppage of the import of Indian coal for Rampal coal-fired power plant.
They also called for the termination of the construction of the power plant near the Sunderbans.
They urged both the Bangladeshi and the Indian governments to cancel the initiatives.
They said that recently they came to know from the Indian media that the first consignment of coal from India would be arrived at Mongla Port of Bangladesh From Jharkhand via Kolkata, India, within next two to three days.
‘The reason for importing coal is to experiment. Once the unit will run in full capacity, there will be transportation of 20,000 tonnes of coal per month from Kolkata port,’ they said.
They said that the pollution from coal burning will badly affect the biodiversity and ecology of the Sunderbans.
Economist Anu Muhammad, Bangladesh Environmental Lawyers Association chief executive Syeda Rizwana Hasan, Transparency International Bangladesh executive director Iftekharuzzaman, Nijera Kori coordinator Khushi Kabir, Association for Land Reform and Development executive director Shamsul Huda, Bangladesh.
Working Group on External Debt convener Kazi Maruful Islam and its member secretary Hasan Mehedi are among the people who issued the statement.
The statement also said that the secrecy about the project, which has been constructing spending public wealth and money, was an evidence of the government’s undemocratic principles.
It was also an infringement of the people’s rights to know, they added.
Source: https://www.newagebd.net/article/142669/coal-import-for-rampal-power-plant-denounced 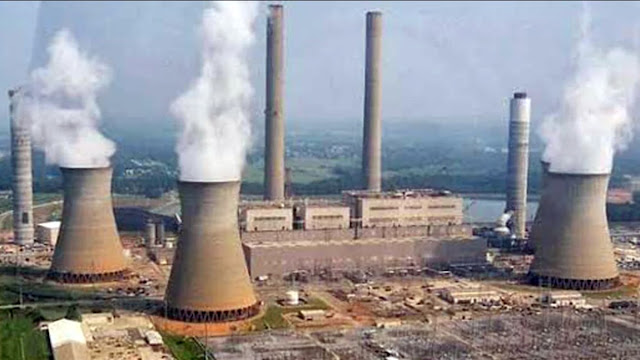 Statement | 2 July 2021
------------------------------
We, the undersigned citizens of Bangladesh, have come to know from media reports that a consignment of coal is going to start from Kolkata Port to Mongla within the next 2-3 days. According to the major newspapers of India, a rake of 3,800 metric tonnes of coal has reached Shyama Prasad Mukherjee Port (former Kolkata Port) which will be sent to Rampal Coal Power Plant. This shipment is for a test run of Rampal Coal Power Plant. The newspapers informed that around 20 thousand tonnes of coal will be sent every month when the power plant starts in full capacity.
Neither the governments of India and Bangladesh, nor the media published any news about signing any agreement between Bangladesh and India to supply coal for the power plant. Ignorance of public opinion and environmental risks and lack of transparency have been observed from the very beginning of the project. The coal import is the latest example of secrecy. The secrecy and non-transparency in the dealings related with civil matters, especially public resources is totally contradictory with democratic norms and ethics. It is also an example of disrespecting the citizens right to information.
Indian coal is the lowest quality in the world. Ash content of coal produced in India is 30% on an average which is 7% in Australian and Indonesian coal. India's coal supply consumes about 0.7 kg coal to generate a kWh, whereas the US consumes about 0.45 kg coal per kWh. That is why, India itself imports coal from Australia, Indonesia and South Africa to meet its domestic needs. If Rampal Coal Power Plant uses Indian coal, it will require 40% more coal than the other countries. On the other hand, pollution of fly ash will be 5 times more than the other coals.
The Baleshwar, Shibsa, Shakbaria, Arpangashia, Kalindi, Panguchhi and Raimangal rivers will be used under Raimangal-Chalna-Mongla route for importing coal from India. All of these rivers passed through the Sundarbans, the world’s largest single tract mangrove forest. If Indian coal comes, 30 ships from Kolkata and 80 from Akram Point will navigate in the rivers of the Sundarbans every month.
24 ships, 11 in the Indian part and 13 in Bangladesh part, of the Sundarbans have been sunk with around 6,000 tonnes of fly ash, 5,000 tonnes of coal, 370 tonnes of petroleum, 500 tonnes of potassium, 1,036 tonnes of gypsum and 700 tonnes of wheat which has significant negative impacts on the fragile biodiversity of the Sundarbans.
When the Rampal coal power plant starts, the cumulative pollution of the power plant and coal transportation will aggravate the destruction of the Sundarbans, which is a world heritage site and natural barrier of the cyclones and storm surges for the coastal population of Bangladesh.
So, we strongly demand the cancellation of Rampal Coal Power Plant and the unjust, untransparent and secret initiative of importing coal from India.
Signatories
----------------------- 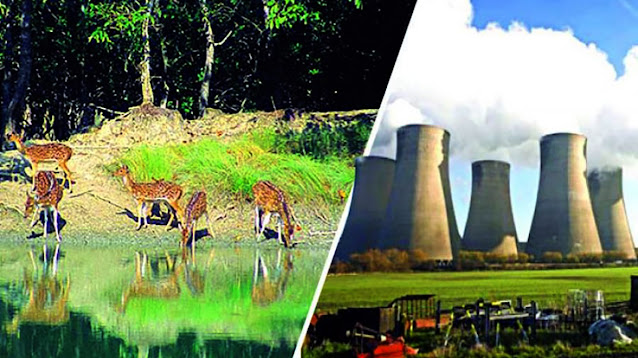